When my oldest son... who is about to turn thirty-one... was in grade eight woodworking, he made me a birdhouse. He did a great job only I had no idea how to finish it with imagination and kept putting it aside over and again. I've learned a lot in the mean time and this week, it finally had its turn. Eighteen years later, it's done and decorated. 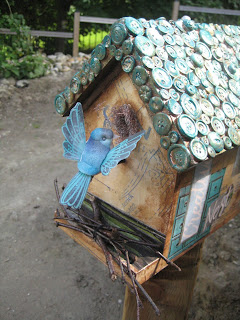 I called him last weekend to say we'd been spending a lot of time "together" and he was surprised that I still had the birdhouse. I'm not a sentimental person and I don't keep everything BUT... of course... he made it for me and I am all about supporting and encouraging the creativity of others. He'll be over for dinner tonight and I hope he likes how it turned out. 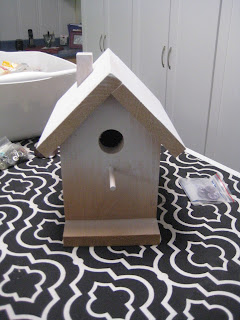 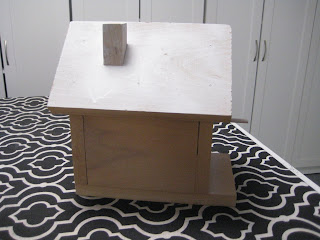 The form is simple with a chimney on one side of the roof and a perch at the front. I began by priming the roof and then, because I don't want real birds to live here, filled in the front opening with copper mesh. 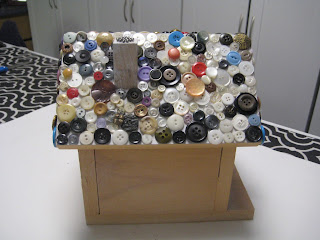 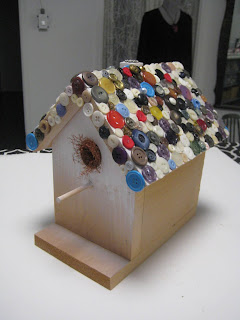 The roof is tiled with buttons that are hot glued into place. I do not like glue, glitter, and sequence crafts or anything sticky that sticks to me however, glue is sometimes a necessary evil that can't always be avoided. I do prefer a glue gun over liquid glue. 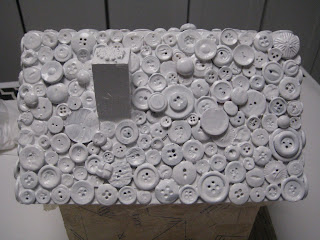 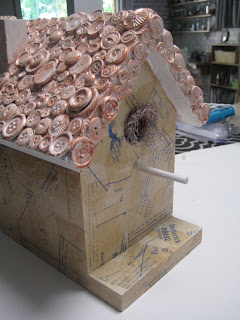 After the buttons were in place, I coated the whole surface with white paint and then layered various colours until I reached the look I was going for. 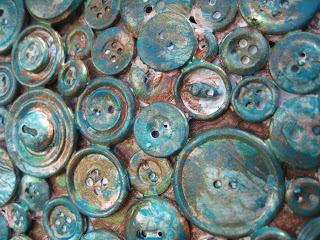 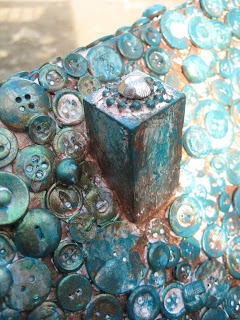 The layers are white, brushed metal bronze, metallic lime, coffee bean, and teal with two coats of gloss varnish over top. The top of the chimney has some ball chain and a decorative tack. 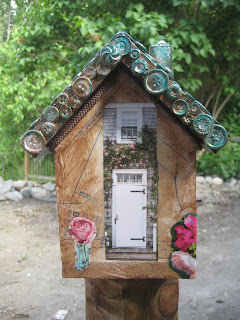 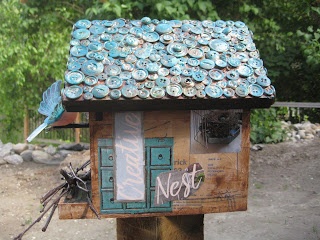 The exterior walls were papered with pattern tissue, antiqued with brown paint, decorated with images from magazines, and then covered with more layers of varnish. 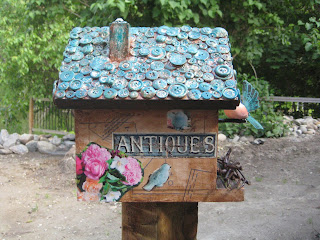 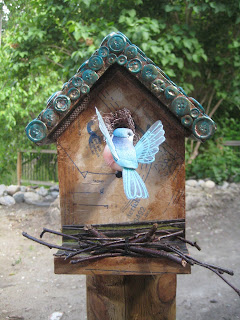 The bird is from the dollar store and clips onto the perch and the twigs are from my back yard. I bundled them together with string, coated the bundle with varnish, and hot glued it in place. The post it's sitting on in these pictures was for photos only. I'm not quite sure where I'll put it yet. I'm contemplating adding button stilts to the bottom so it can sit on a table top but I want to be sure that's what I actually want before gluing pieces on that I can't remove later.

Email ThisBlogThis!Share to TwitterShare to FacebookShare to Pinterest
Labels: Other