One thing to learn as we "mature" as sewists is when to ignore the instructions and sew the garment using a method we've learned in another situation and know would work better. 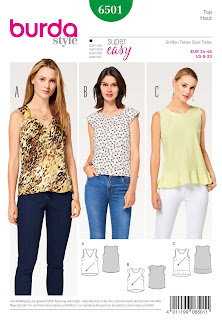 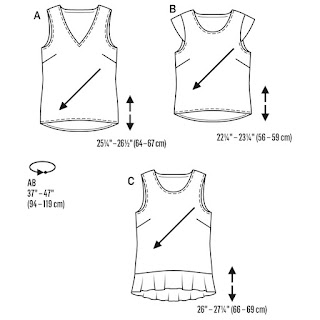 Take this Burda 6501 pattern for instance. The pattern pieces have a cut-on-fold-line and a bias grainline. The directions want you to fold the fabric on the bias and then place the piece on fold. Frankly, that's way too fiddly and why would anyone want to frustrate their customers. Instead... 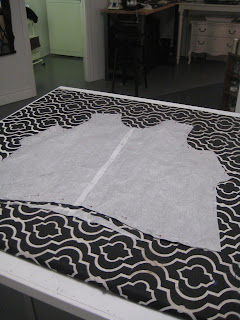 ... after I'd traced the pattern and made my necessary adjustments, I copied it and taped the two together to create a single piece that I could pin on the bias, no folding necessary. I did the same thing for the front, back, front flounce, and back flounce which made pinning, cutting out, and maximizing the layout MUCH easier. 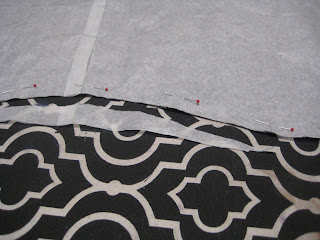 The seam between the bodice and the front flounce was ever so slightly curved. I have hips. Straight lines are not my friend. A more defined curve will be far more flattering so I measured up 1" at center front and angled the bottom edge. This will be a bias edge sewn to a bias edge and the difference in length, if any, will be minimal so I didn't worry about adjusting the flounce pattern. 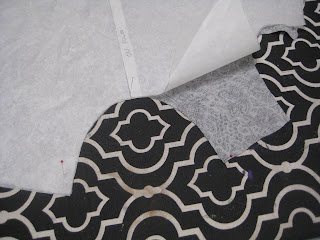 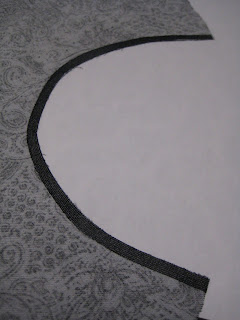 According to the instructions, the neckline is not stabilized and it is finished with a bias strip. This is the perfect recipe for a stretched out neckline. Just as with a t-shirt, I used the pattern piece to accurately lay the fabric wrong side up on my pressing surface and then used STRAIGHT cut strips of fusible knit interfacing to stabilize the edge. Later, when I sew on the binding, the interfacing will be caught within the seam allowance and will prevent the neckline from stretching. 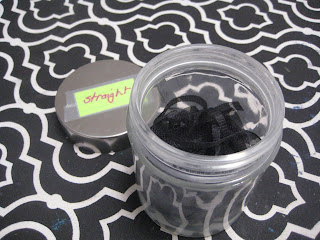 When I'm sewing t-shirts, I use straight strips to stabilize the front and back necklines and the back shoulder seam and I use bias strips to finish the hemlines since they need to have stretch still. I have two jars with pre-cut strips labelled straight and bias. Adding these where needed is an easy step that creates more professional results. 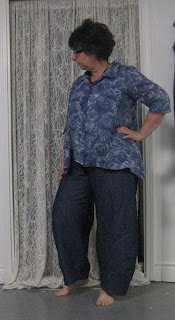 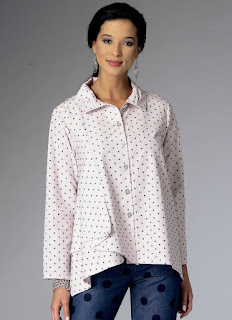 When I was much younger... and slimmer... with narrower hips... I used to wear quite a few blouses however, when my sewing turned to quilting and my figure shifted, I couldn't buy blouses that fit both my shoulders and my hips and ended up wearing t-shirts most of the time. Because of that, when I returned to fashion sewing I mostly sewed knits. I've sewn a few blouses in the past ten years - like Butterick 6325 - but not very many and it's something I'd like to do more of if I can retrain myself to wear them. I pull out the t-shirts quicker. 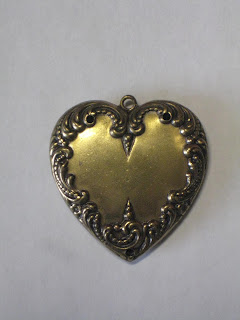 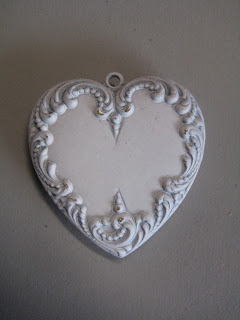 In the newspaper last week, they asked us to decorate with white hearts to support the healthcare workers in our neighbourhood... and I meant to... even wanted to... but I knew that a bunch of white hearts in my window would be visual clutter that drove me crazy. I need to support myself too. SO, instead, I made my neighbour a white heart necklace starting with a thrift store find. Because I didn't have any white paint, I used a coat of spray primer to get the white background and created the piece from there. 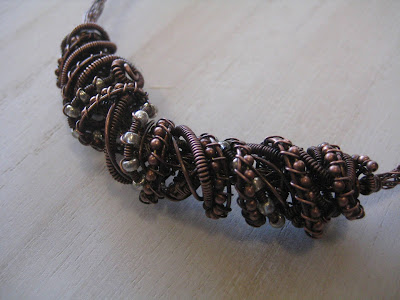 One of the ways I am teaching myself wire wrapping is to watch on-line tutorials and then try a piece inspired by the tutorial - not a copy but something along the same lines. Yvonne Williams has several on-line tutorials where she shares both the thinking and the wrapping process of designing a custom piece. This step-by-step, one and only, way is how I work so I enjoy seeing her process. This video was the inspiration for the bail on the necklace. Yvonne wrapped her version over a knitting needle and layered the different strands until she got the look she wanted. Mine is quite "beginner" compared to her work with plenty more to learn and, even so, I like how it turned out. 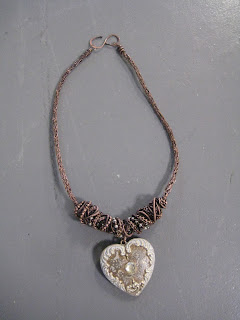 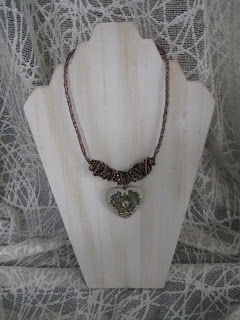 The chain is done by spool knitting wire and the clasp is forged from a larger gauge of wire. In the end, the heart is more of a distressed cream than white but that's okay. I forgot to take a picture of the back where I wrote her some big hugs, stay safe, thank you messages. It was fun to make and fun to make for someone specific.